Professional Development you need, when you need it. 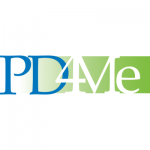 An interview with Dr. David Walsh, an award winning psychologist, best-selling author and international speaker. He is the founder of the internationally renowned National Institute on Media and the Family. He is also the founder of Mind Positive Parenting. Dr. Walsh has written 10 books. He has been a frequent guest on national radio and television programs, including NBC’s “Today Show,” “Good Morning America,” “The CBS Early Show,” “The News Hour with Jim Lehrer,” “Dateline NBC,” ABC’s “20/20,” National Public Radio’s “All Things Considered” and “Morning Edition”.